Chamber music has for quite a while been a strong interest.  The first group I remember 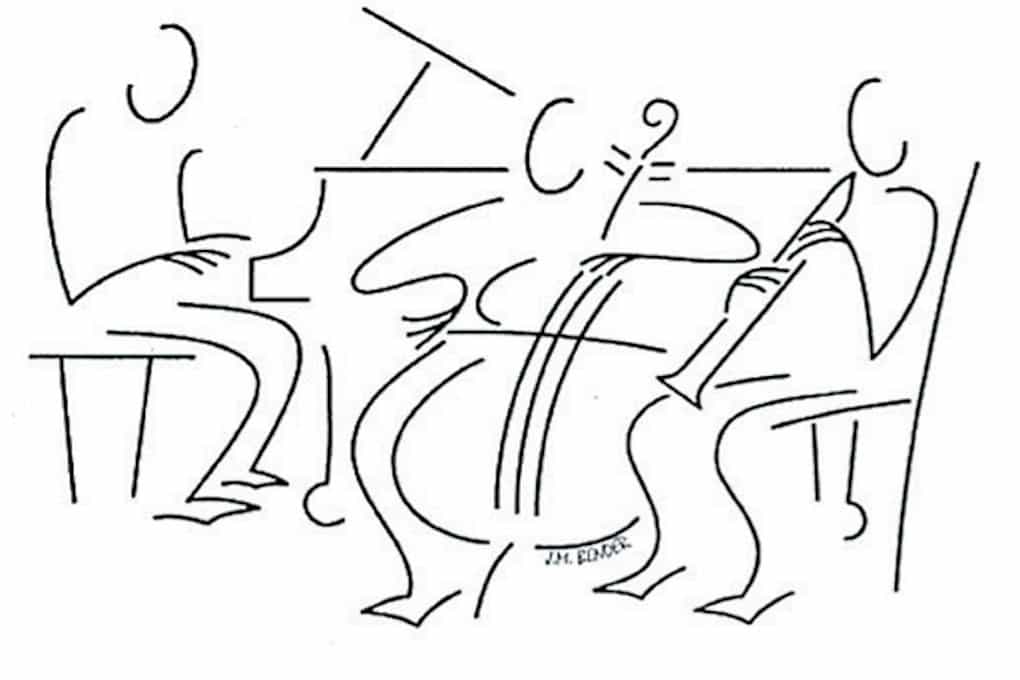 forming, or helping to form, was the Harding Brass Quintet.  One year, we had a euphonium instead of a trombone, and we enjoyed a few performances during a year or two of my later undergraduate years.  I remember playing the Ricercar del Primo Tuono and a Gabrieli sonata or canzona.  We did fairly well with the classic Sonate die Bankelsangerlieder, too.  The players were Glenn, Daphne, me, Ken, and Bob, and then Ken switched from euphonium to tuba, and we had Milton on trombone.  Good times.  I don’t recall significant chamber experiences before that time, so I suspect it was the HBQ (sponsored by the late, gracious Dr. G.E. Baggett) that started whetting my appetite for one-on-a-part playing.

As a master’s student at the University of Delaware, I formed a quintet that enjoyed, as I remember, only one gig—Easter Sunday at the church where the choral professor was also the music director.  This was a good group that included one nursing faculty member and four music students (Jon, Chris, me, Julius, and Al).  During roughly the same time, I was co-founder of Quintessence, a woodwind quintet.  I don’t remember performing at all with that group, but rehearsing was a pleasant experience.

Later moving to the Heartland, I did not form a group but played with a town-gown orchestra and auditioned for the Kansas City Wind Symphony.  Playing principal horn in the KCWS gave me inroads into both the quintet and large-ensemble iterations of the Kansas City Brass Project, and some great music was made.  Moving on to Colorado, in my second year as a doctoral student, I formed and conducted the Foundation Brass, a full-size brass ensemble of the most talented players in the entire School of Music.  I also co-founded the Grad Brass Quintet.

In New York, I was more creative with an ensemble name, founding the Alle-Catt Brass Quintet—students and faculty members from two colleges.  Respectively, we lived in Allegany and Cattaraugus Counties—thus the name.  We played all the good stuff, and some of my own arrangements and compositions, too.  I’ve kept in touch with a couple of those players but have lost touch with a couple others.

While I was Director of Instrumental Activities at Houghton College, student chamber ensembles were professionally highly significant, not to mention providing salve for the soul and a place to thrive and be encouraged.  Scheduling can be a problem in an academic setting, especially given the exceptionally time-intensive music major curriculum.  As reported in a faculty communiqué,

[I]nstrumental chamber music is being coached and rehearsed largely between 11:00 and 1:00 on Thursdays, during major ensemble time, during an isolated hour or two, e.g., Friday mornings, and as a matter of course in the studio enterprise.

I have frequently gone on record to sing the praises of chamber music in the collegiate setting.  Here are a few words from piece quoted above:

[S]tudents reap tremendous benefits through chamber endeavors of various shapes and sizes, [and] it is worth the effort in order to provide greater breadth of opportunity for musical maturing in terms of such aspects as stylistic matching, intonation awareness, and independence.

During that particular year, which to that point was the most active in terms of chamber music at that institution, I enumerated and provided some details on the following groups:

Here is a sample program. from that very active year.

It has been said that a (high-functioning) string quartet is the most perfect example of positive, interactive human behavior.  I would expand that to all good chamber music-making.  For the last five years, I have not had the opportunity, drive, or resources to form or work with any small chamber ensembles.  I miss this kind of music-making terribly.